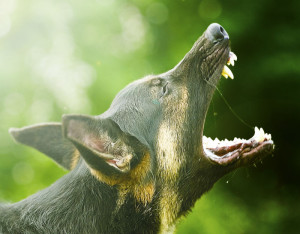 Dog attacks on the rise

Five separate dog attacks were reported to the Central Highlands Regional Council over Australia Day, once again highlighting the importance of keeping pets under effective control.

On Monday night, the on-call council ranger was called to an incident in Emerald where a person received minor injuries after being bitten by a dog.

our call-outs to alleged dog attacks in Emerald and the Gemfields.

One incident claimed the life of a cat and another several chickens.

Mayor Cr Peter Maguire said this was a sad but timely reminder to all residents of the responsibility of dog ownership.

‘As we have seen this week, dogs that wander pose a risk to themselves, to other animals and to our residents,’ he said.

‘All dog owners are legally obligated to ensure their animal is properly secured within a property or kept on a leash when in public. This duty doesn’t disappear when you go on holidays or away for the weekend.’

Cr Maguire urged residents to always make arrangements for the care of their pets when planning to go away.