A different kind of traveller 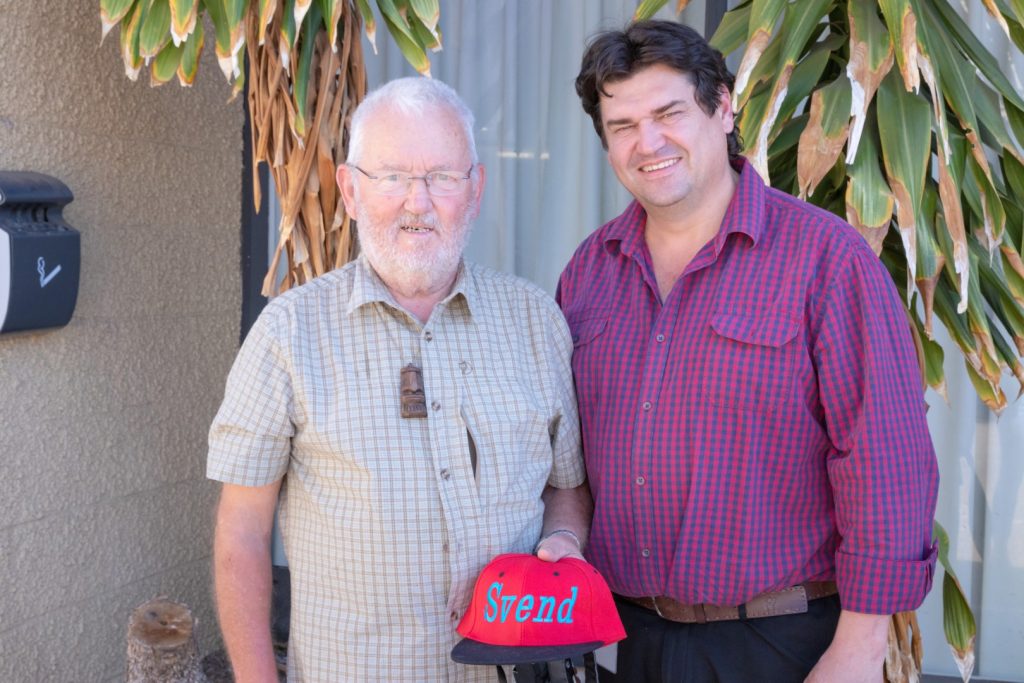 Eight stops in eight weeks at age 80 – the thought of travelling around the world solo might seem intimidating at any given time, but for 80-year old Danish man Svend Aage Bang Nielsen fear doesn’t exist and solitude is bliss.

He passed through Emerald last week due to his fondness of gemstones and brought with him a Danish documentary TV crew who have found inspiration in this man’s story of entering the stage of life he calls ‘alonedom’.

And it’s not only a case of travelling alone, Mr Bang Nielsen travels with only one backpack and stays, not in fancy hotels, but with old friends, in hostels and small motels.

‘I want to talk to and surround myself with young people.’

Becoming a widower triggered Mr Bang Nielsen’s revived wanderlust. He decided to travel the world, one last time, in memory of his late wife Hanne. As well as to feel freedom – from becoming a widower, age and a life of hard work and travel.

As engineers who worked for the United Nations, Mr Bang Nielsen and his late wife were no strangers to unfamiliar places. From India, Pakistan, Egypt and Vietnam to Angola, China, North Korea and Iraq, their work took them to places that are far from the known Danish homeland.

Travelling through countryside Australia, Mr Bang Nielsen had a cynical view of our region. Toyota country it is, he stated, after waiting for two hours in the hot sun to get a lift and later learning that hitchhiking is illegal in Queensland.

Svend Aage Bang Nielsen during an interview with the Danish documentary TV crew that caught up with him Emerald.

Central Highlands Regional Council CEO Scott Mason welcomed Mr Bang Nielsen on behalf of council and said it was an honour to welcome him as a guest to the region.

‘We coincidentally met Mr Bang Nielsen’s documentary crew exploring Emerald and, upon hearing of his travels, appropriately welcomed him to the region,’ Mr Mason said.

‘Mr Bang Nielsen has a refreshing, nevertheless eccentric, philosophy on life, one I suspect one can really only obtain through the wisdom of learned experiences over time, coupled with the discipline of thinking.

‘Meeting Mr Bang Nielsen is a wonderful reminder that our region attracts a diversity of visitors from around the world and many different walks of life at any time of the year.

‘These visitors will leave with stories from and experiences in the Central Highlands and bring to us a curiosity that challenges how we look at our home in the most positive way.’

Mr Bang Nielsen’s journey can be followed at itsmesvend.com