Central Highlands Regional Council will fell one of the two large fig trees in the Emerald library park after it succumbed to disease.

The giant fig tree has provided shade to what became the seating area in the library park for twenty-odd years and General Manager Communities John McDougall said cutting the tree down was the last resort.

‘It’s very unfortunate, but the tree has died from what we believe is a fungal disease, pest infestation or combination thereof,’ he said.

‘After unsuccessfully treating the tree for several months, our focus is now on ensuring the second tree remains healthy – and so far, it seems to be.’

‘We’ve been unable to identify the exact cause of the disease, but we believe it began as a fungus in the roots.

‘With these types of diseases, it’s often too late to save the tree when signs become visible above the ground.’

Council will consider planting a replacement tree once soil conditions are favourable and there is no risk of disease carry-over to a new tree. 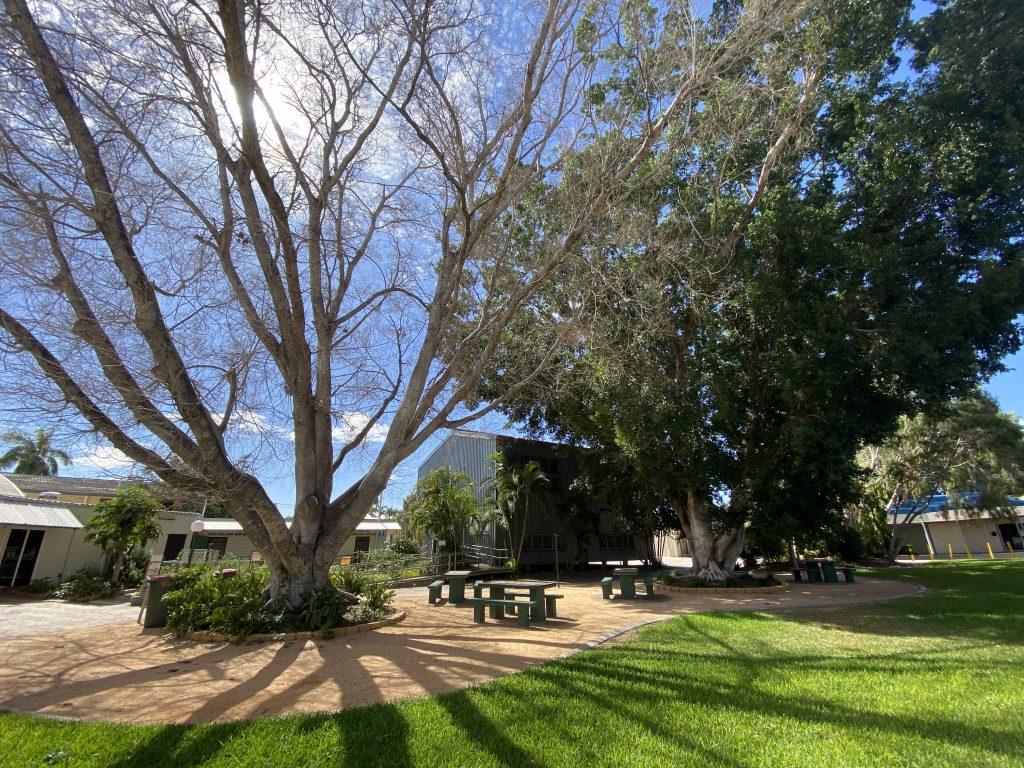