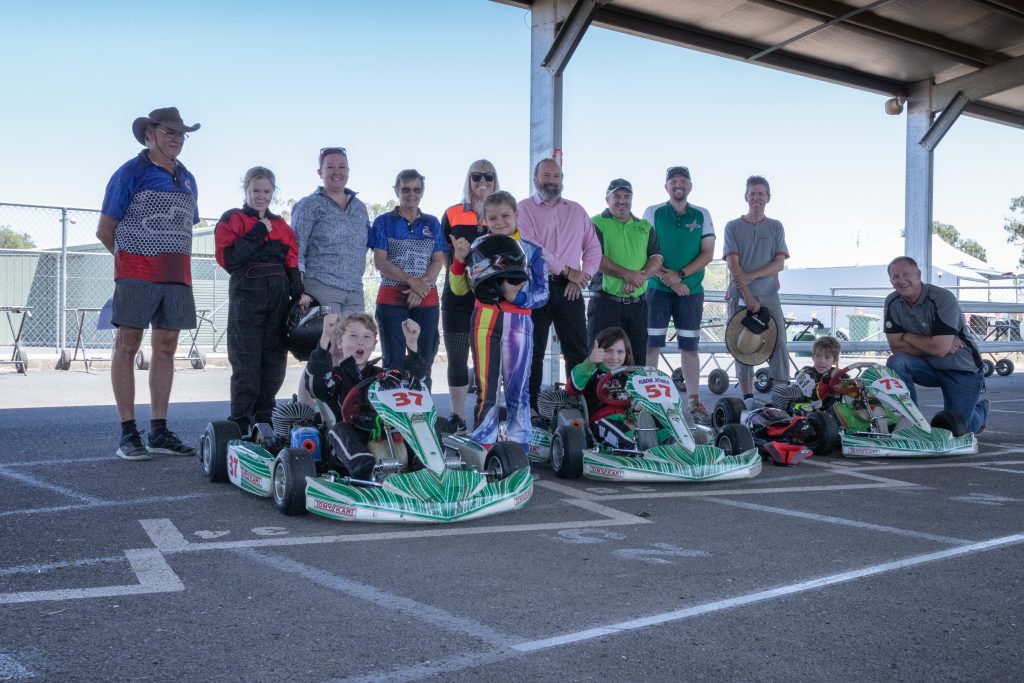 Since putting Emerald on the map for the Australian Kart Championship, the Emerald Karting Club has gone from strength to strength.

After receiving an Australia Day Community Event of the Year Award for the 2017 national championship, the club has brought the event back to the region three times attracting more competitors each year.

The club itself has seen an increase in membership with numbers increasing by 25 percent to 62 over the last year.

Ms Harker said their licence agreement was a great step forward in their ambitious plan for the future.

‘Entering the Game Plan tenure framework means that we now have the foundations in place to apply for state and federal funding opportunities,’ she said.

‘That’s definitely something we will take advantage of, but first and foremost our goal is to get more people involved.

‘To achieve this, we’re working on putting a strategic plan in place that will include ideas to build the social side of the club.

‘You don’t have to be a serious competitor but can be part of the club just to have fun – there will always be someone to race against, no matter what level you are at.

‘For now, we also have security in terms of tenure, we know our lawns will be mowed and we have water security.’

The club received a $5000 Central Highlands Community Grant in the sport and recreation category to fund consultants and services to compile the strategic plan.

Central Highlands Regional Council Councillor Alan McIndoe said the club set an example for other clubs in the region.

‘In order to grow and operate as sustainable entities, sport and recreation clubs need to be profitable and have structures in place that allow them to make decisions, be innovative and problem solve,’ Cr McIndoe said.

‘The Emerald Go Karting Club has demonstrated that, and I look forward to seeing it continue along this path as a sport and recreation club that adds value to our region and its people.’

Karting Queensland President Brett Aird said putting pen to paper when it comes to strategic planning can be daunting for clubs, but the outcomes are always positive.

‘Any other [karting] club in Queensland that I know of that has gone through a strategic planning process has achieved or exceeded their goals set by their plan,’ Mr Aird said.

‘The Emerald Karting Club has been talking about it for quite some time and have done their research and been in touch with people that can inform them properly.

‘I think there will be a definite change in the future of the club now that they have ability to plan and grow and apply for grants with the tenure in place as well.’

Mr Aird said he believes that the club’s plan to grow the social aspect of kart racing is a winning concept.

‘It always builds membership, that’s how I became involved in racing myself in Rockhampton,’ Mr Aird said.

‘Karting is always competing with other sports that are cheaper and easier to get into and video gaming also competes.’

The Central Highlands Regional Council Game Plan is a 10-year plan for organised sport in the Central Highlands that aims to empower local sporting clubs and ensure council’s facilities are fit-for-purpose, activated to their full potential and well-managed.

For more information about the Emerald Karting Club, find it on Facebook @KartingClubEmerald