From the Mayor’s Desk: Trade mission to India 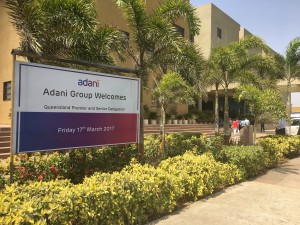 I have just returned from a trade delegation to India as a guest of the Queensland Government’s Premier’s Department to visit infrastructure assets owned and pperated by the Adani Group, which is developing the Carmichael Coal Project in the Galilee Basin.

As a major port operator and energy provider, Adani own and operate the largest port in India at Mundra and also built and operate the world’s largest solar farm near Madurai in southern India.

Along with seven other mayors from central and northern Queensland, we met with the chairman and board of Adani to demonstrate our strong support for the Carmichael project and to encourage more discussions around agriculture and solar farms in our regions, particularly here in the Central Highlands.

These are all positive projects that will contribute to restoring some capacity to our regional communities and creating new opportunities for business.

Our Indian visit was a great display of how we respect the people who wish to take the initiative and invest in our state and the Adani representatives were heartened by our show of unity.

Since 2010, when the Carmichael project was first considered, we have seen that  even the resources sector has elements  of risk and it is a great testimony to Adani that they have persisted with their project’s approval and development.