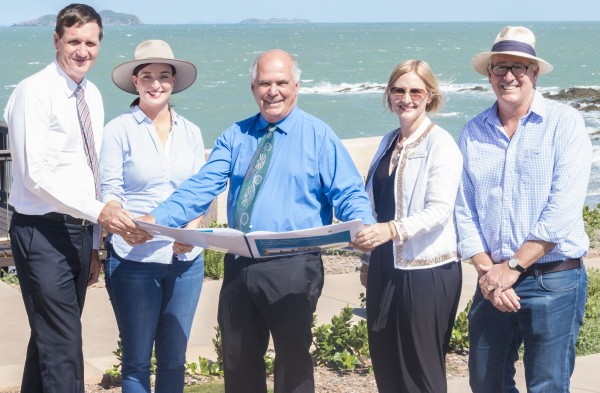 Two major infrastructure projects in the Central Highlands have been given a boost by the state government’s Building Our Regions funding program.

Mayor Cr Kerry Hayes welcomed the news and thanked the Queensland Government for recognising the importance of supporting regional infrastructure.

‘As a rural community, the stability and strength of our economy and liveability hinge on quality infrastructure, such as airports, roads and water treatment facilities,’ Cr Hayes said.

‘Our council has worked very hard advocating for these two projects, so it’s fantastic to see the Palaszczuk Government acknowledge their merit and commit to helping deliver them.’

Cr Hayes said the Airport Runway Enrichment Project will involve resurfacing and strengthening the Emerald Airport runway to ensure its continued compliance with aircraft loading and safety requirements and to lengthen the runway’s serviceable life.

‘These works will also enable the airport to continue to function as critical regional infrastructure, particularly during times of disaster,’ he said.

‘Our airport supports the region’s staple industries of mining and agriculture, and the growing tourism sector, so it is worth investing in.’

Council will contribute the remaining $2.34 million to this upgrade from the airport’s reserve for capital works, meaning the project will be self-funded through net profit. Work is expected to begin in late March next year.

Cr Hayes said upgrades to the overloaded waste water treatment plant were vital, as it was currently exceeding its nominal capacity by 3000 equivalent persons (EP).

Works comprise of an upgrade of the inlet works, construction of a new activated sludge bioreactor and clarifiers, disinfection to Class C recycled water capability, an effluent pump station and new electrical instrumentation and control works to support equipment onsite.

The project will also involve the preparation of recycled water management plans and the monitoring of soil parameters on irrigated lands.

‘All of these things combined will help to achieve sustainable effluent irrigation and ensure the plant meets its performance criteria and the Environmental Authority requirements,’ Cr Hayes said.

‘This in turn will support growth in Emerald and the Central Highlands region.’

The estimated total cost of this project is $22 million, with council contributing the remaining $17 million.

The mayor said council would be looking to the Australian Government for support to help cover the gap and alleviate the financial weight on council.

Tenders for this project are currently open and the project is expected to be completed by March 2018.