Central Highlands Regional Council’s Game Plan initiative has placed as one of five finalists in the collaboration category of the Local Government Managers Australia Awards for Excellence 2019.

General Manager Communities Daniel Fletcher said the placement recognises the work done not only by council, but all stakeholders involved.

‘I want to extend this recognition to the sports clubs and their dedicated volunteers that work countless hours, our councillors for championing the initiative in the community and last but not least members of the Game Plan Advisory Committee and project staff that have worked tirelessly to bring the Game Plan from a concept to reality,’ Mr Fletcher said.

‘Projects in the collaboration category demonstrate genuine collaboration with multiple parties, internal and external to council, to facilitate better service delivery for the benefit of organisations and the community.

‘Without the feedback, input, criticism and praise received, the Game Plan would not be in the implementation phase today.

‘Also, we need to remember that the Game Plan is not complete but an ongoing collaboration with benefits to our sports clubs and people in the Central Highlands.’

One of four projects nominated by council, the Game Plan initiative involved extensive ongoing consultation with more than 80 sports clubs and 52 organisations adding up to 352 hours of face-to-face consultation. This led to the development of a tenure framework for empowered and sustainable sports clubs, which is currently being implemented.

As part of the implementation phase, council has also recently launched online resource hub clubCoach for sports clubs and organisations under the Game Plan.

In 2018, council took out the Queensland award in the collaboration category with its Central Highlands Accelerate Agribusiness (CHAA) initiative in partnership with CHDC. 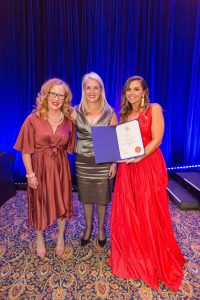