On a beautiful day without a cloud in the sky, around 500 people of all ages enjoyed a community event dedicated to helping them prepare for the forthcoming storm season. 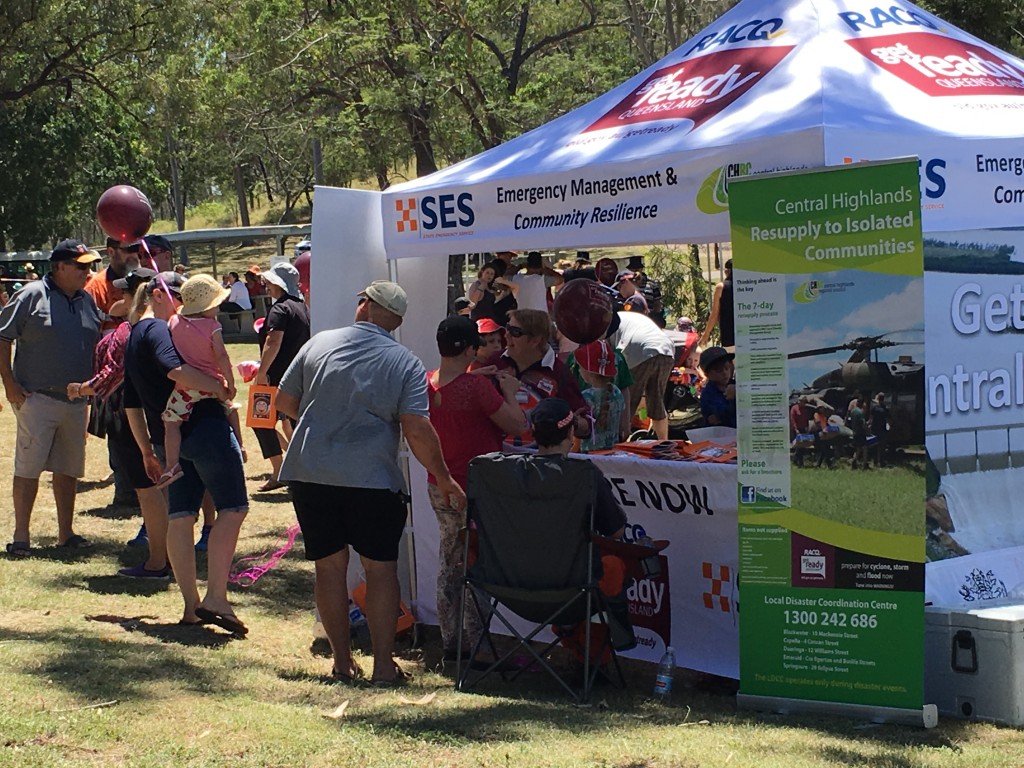 The crowd crunched their way through more than 250 snow cones and the Lions Club sold more than 300 snags, before having to do an emergency run back into town for more due to higher-than-expected demand.

Face-painting, balloon swords and pets, and the jumping castle were extremely popular with youngsters (anecdotal evidence suggests that Spiderman continues to be a favourite).

Many ‘chilled out’ in Lake Maraboon’s cool shallows or took to the water in canoes, kayaks, jet-skis, motorboats—even a giant inflatable flamingo.

The relaxed event was an opportunity for the locals to learn from the experts just how important and easy it is to prepare for the summer storm season.

The SES, urban and rural fireys and the Council’s Disaster Management Group were on hand to explain to people the best way to prepare for whatever the Aussie summer could throw at them whether it be flood, fire or cyclone.

SunWater engineers and hydrologists also helped people understand how Fairbairn Dam worked – in particular that it was not a flood mitigation dam and its ‘fill and spill’ function could not prevent a flood.

Nearly 100 people leapt at the rare opportunity to learn more about Fairbairn Dam and the current spillway safety improvement project, and get a close up look at the dam wall and spillway, on SunWater’s very popular bus tour.

SunWater and Central Highlands Regional Council expressed their gratitude to the local Lion’s Club for keeping the crowds fed and hydrated, and the dedicated people from the SES, urban and rural fire brigades and council who devoted their weekends to the community.