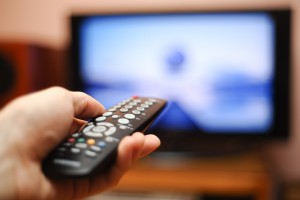 Gemfields residents should now have improved television coverage, thanks to the installation of an additional transmitting antenna on the Sapphire transmission tower.

The works were carried out in late December by contracting company N-Com and funded by the Central Highlands Regional Council.

Upgrades to communications infrastructure were also completed in Anakie, Sapphire and the Willows, with 3G remote control units installed to enable improved remote monitoring and maintenance of these services.

‘Council hopes these improvements will resolve many of the issues raised by residents, particularly those in Rubyvale, and visitors relating to access to free-to-air digital TV,’ Mayor Cr Kerry Hayes said.

‘We thank everyone for their patience and cooperation.’

Terry and Vicki Gilshnan, owners of the Gemseekers Caravan Park in Rubyvale, said they could now pick up a clear 15 to 18 of the 35 digital channels on their UHF antenna.

‘Before you could get nothing except maybe SBS,’ Terry said.

‘We’ve had customers book in for a week and then leave because they couldn’t get TV signal. This year customers might stay longer, which means a boost for the Emerald economy as well. It’s a great flow on effect.’

Terry and Vicki thanked the Mayor and everyone involved in helping to get the signal back.