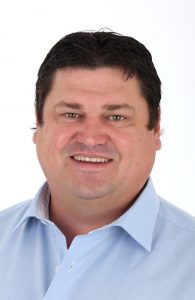 The labour market continues to have the biggest impact on performance according to the recently released Central Highlands Regional Council Quarter Four Report.

Chief Executive Officer Scott Mason presented the report to council this week saying that council is a leader in transparent reporting, which means the community gets a regular ‘warts and all’ take on how its council is performing.

‘The council has legislative requirements for public reporting, however I take particular pride in the fact that we go above and beyond that,’ Mr Mason said.

In his address to council, Mr Mason said the labour market is the biggest problem council faces.

‘Over the past year the Central Queensland region has seen jobs growth by 6900—just this last month there were 500 jobs released to the market.

‘To put this in perspective, the growth rate here is 6.4 percent and the average for the state is 1.8 percent.

‘It means we have to be innovative about attracting staff and we’ve certainly been trying lots of different things over the past few months,’ he explained.

‘Despite this difficulty, I’m happy to report that council was recognised as a Human Resource Director Employer of Choice 2019 in three categories—an excellent achievement that validates our commitment to continuous improvement.’

Council was also appraised of a new system to ensure project estimates are accurate and projects are progressed.

‘Some projects are coming in under budget, which is both good and bad,’ Mr Mason explained.

‘Essentially, we are working on a project management approach that gives certainty for budget estimates and enables incremental progress on all projects.

‘We have more than 220 projects to achieve this year and I believe this project governance approach is a sound investment in effort.

Highlights of the report include: