Let there be light at McIndoe Park 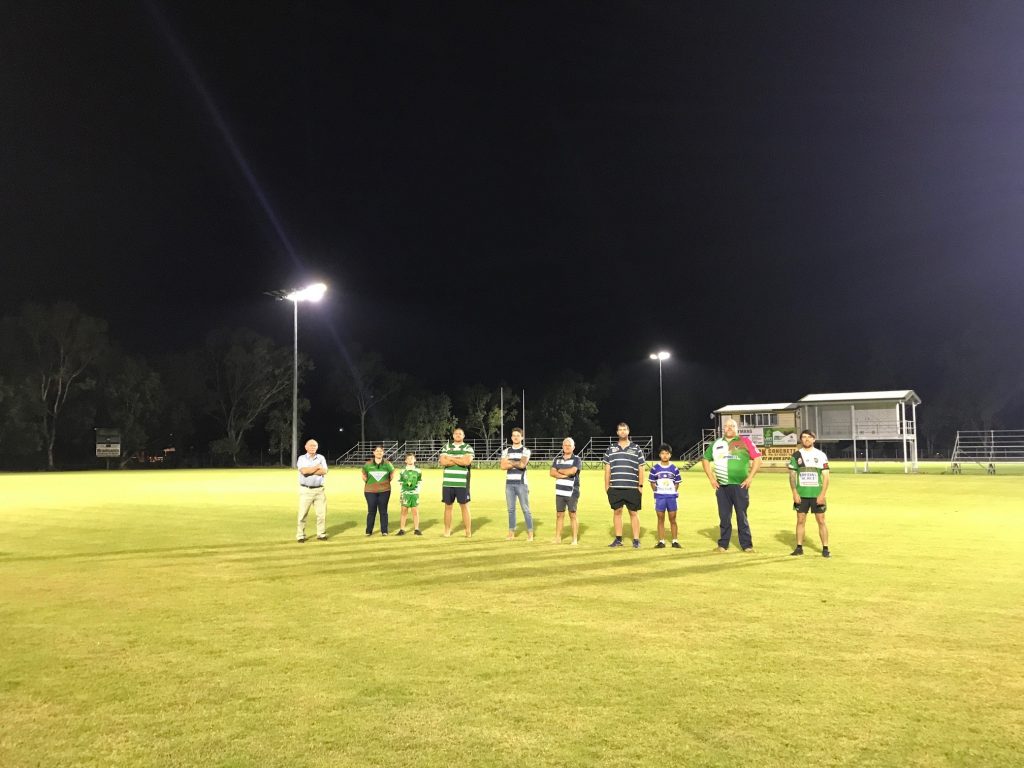 The future is looking bright for Emerald’s McIndoe Park, with a state-of-the-art lighting system officially switched on.

Central Highlands Regional Council’s General Manager Communities John McDougall said the lights were the first stage in a series of electrical upgrades for the facility.

‘Compared to before, it honestly feels like you’re at the MCG,’ he said.

‘The secondary field can now be used for night-time training and games, and the main field lights will eventually have the ability to go up to 500 lux. I’m no lighting expert, but I know that’s bright enough to hold a professional, televised rugby league match.

‘This is all part of council’s focus on reinvigorating sport in the region and attracting high-level events to put the Central Highlands on the map.’

Groundsman and former president of the Tigers Rugby League Football Club Jay Edwards said this was another big step in the right direction for the facility.

‘Any users of the field will tell you how great this is going to be,’ he said.

‘In the past, we’ve only been able to use about half of that second field because of the lighting, and with three grades of footy and multiple clubs, that’s hamstrung us. This will make a huge difference.’

Mr Edwards said on top of other recent amenity upgrades, McIndoe Park was on its way to becoming a premium sporting facility for the whole region.

‘Once we can flick those lights up on the main field, we will have the opportunity to bring bigger games here.  Not just rugby league games, but all sorts of sports and other kinds of events too.

‘Look at the Rocky, Gladstone, Mackay regions – they all have a place you automatically go to for those big events. That’s the goal we’re working towards and with these upgrades, we’re getting there.’

He said similar underground infrastructure, including multi-metering, was also being installed at the showgrounds in Emerald, Blackwater and Springsure.

‘We want our sporting and recreation facilities to be fit-for-purpose, accessible and sustainable,’ he said.

‘This is just the beginning, so watch this space.’

The McIndoe Park lighting upgrade has been funded by the Queensland Government’s $200 million Works for Queensland program.