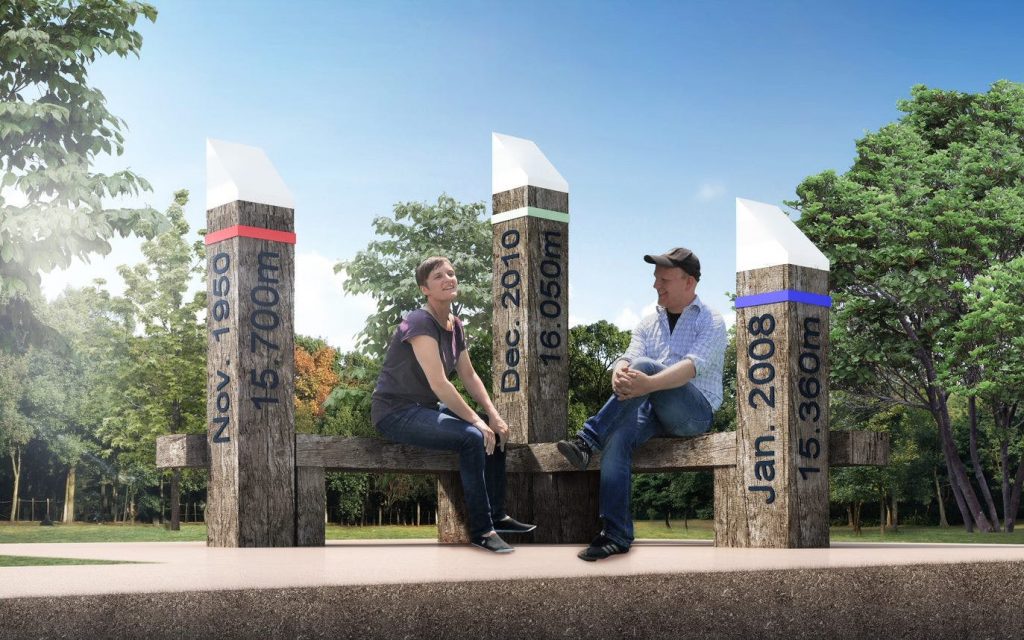 The Emerald Memorial Flood Markers project is back on track, just in time to mark the 10-year anniversary since the 2010 floods.

In March 2019, council undertook a community survey to identify the preferred design for the interactive flood markers, which will be installed at the Emerald Botanic Gardens.

The proposed flood markers (also described as ‘flood totems’) will commemorate the three major historical floods of 1950, 2008 and 2010.

Construction was due to commence late last year, but difficulties in sourcing local recycled bridge timber suitable for the outdoor conditions caused delays.

The scope was updated to include newer treated timber, which has now been obtained by the contractor. The contractor is due to be onsite this month.

‘This summer we commemorate 10 years since the Nogoa River peaked at a record-high of just over 16 metres,’ Mayor Kerry Hayes said.

‘It was a significant moment in our history, just like the other floods we have been through before. It is therefore very fitting to have this project progressing again.

‘Memorialising these events is an important part of the recovery process, but also provides tourists and new people to the area an understanding of our story.’

Weather-permitting, the historical totems should be completed by the end of April.

More on the project here.

disaster and emergency services
emerald
have your say
parks and gardens