More cycling for the Central Highlands 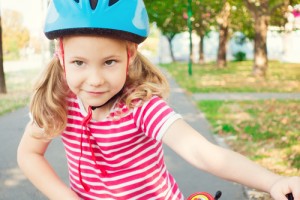 The initiative comes from the Queensland Government’s Queensland Cycle Strategy 2011-2021 that aims to support Queensland household efforts to cut the carbon footprint by one-third by 2020 and reduce obesity.

Mayor Kerry Hayes said council has been working closely with the Department of Transport on the cycling network.

‘The Queensland Government has a policy to make sure cycling is incorporated into all government transport infrastructure projects.

‘Council developed a prioritised cycling route around Emerald that was adopted in 2015, but is being reviewed in light of changes in local planning requirements.

‘At our January council meeting we agreed to submit applications for $1 million funding under the Queensland Government’s Cycle Network Local Government Grants Program for a variety of work to upgrade current pathways and construct some new ones.

‘This week the council approved some changes to the cycle routes that will assist in the finalisation of an action plan that will lead to the delivery, subject to successful funding applications, of a safe cycling network to encourage more cycling for visitors and the local community.’