Neuter and Spay this May 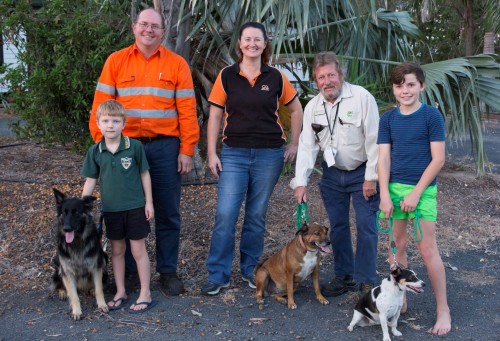 In March this year, 83 animals were impounded in the Central Highlands. Of those, 49 were unwanted and not collected by their owners.

These unclaimed cats and dogs were re-homed where possible, but sadly some had to be euthanised.

Unfortunately this startling statistic is not a one-off.

That’s why the Central Highlands Regional Council is teaming up with local vets for Neuter and Spay May, a campaign aimed at reducing unplanned breeding and roaming in the region.

‘We see far too many animals come through our pounds each month,’ Senior Ranger Jaime-Lee Chalmers.

‘Some are picked up wandering, others are surrendered to us and some are just dumped. Owning a pet is a responsibility, and part of that responsibility is ensuring your animal is desexed.’

Ms Chalmers said desexing reduced the risk of disease and illness, behaviour problems such as roaming and unplanned litters.

‘On top of this desexed dogs receive reduced annual registration fees,’ she said.

‘There are so many benefits and it really is a simple, quick procedure.’

‘Irresponsible breeding is a massive problem in the Central Highlands,’ she said.

‘The vast majority of animals that come through the pound, and ultimately to us, are a result of it.’

Ms Chalmers said pet owners would be able to grab a $50 desexing voucher from the Emerald and Blackwater Council offices between 2 and 8 May 2017.

These vouchers will be able to be redeemed during the month of May at the Gray Street Vet Clinic or Maraboon Vet Surgery in Emerald and Beale Veterinary Services in Blackwater.

However, Ms Chalmers said the vouchers were only available to dogs that are registered and microchipped, and cats that are microchipped.

‘You will need to provide proof of this to be eligible for a voucher,’ she said.

‘There is also a limited number of vouchers available, so it will be a case of first in best dressed.’