No change to recycling in the Central Highlands 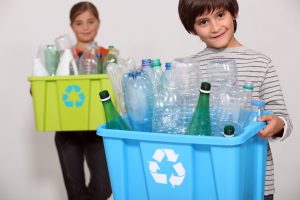 ‘There is now doubt over the future of recycling in Australia as the cost of processing waste contaminated recycled products has made it untenable nationwide for some councils to maintain a recycling service.
‘As a result, if councils choose not to renew their recycling contracts, all rubbish will end up in landfill,’ she said.
Local Government Association of Queensland Chief Executive Officer Greg Hallam said Ipswich had set a precedent other local governments would seriously consider.
‘Since the announcement by Ipswich City Council on Wednesday, Brisbane, Gold Coast and Logan City Councils have announced that they will not be following Ipwich’s lead.’
According to Ms Byrne, Central Highlands has a recycling contract that is due for expiry or renewal in December 2019.
‘At this point in time council will continue to collect and process its kerbside recyclables as per normal.

‘Council representatives will continue to meet with the regional waste and recycling working group to keep a watching brief on the situation.

‘As the 2018-19 council budget is prepared, we’ll be considering waste management costs carefully,’ she said.

‘What this situation really highlights is that Queensland has one of the lowest recycling rates in the country, at around 44 per cent and contamination of recycling material is a big issue.