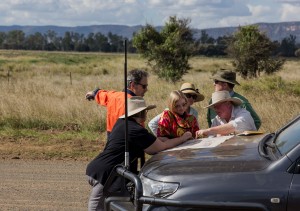 The independent Local Government Remuneration and Discipline Tribunal determined the councillors should receive a 2 per cent pay increase from July 1, this year.

As deputy mayor, the tribunal has determined Cr Gail Godwin-Smith’s wage will increase by $1533 to $78,177.

The pay rates are allocated based on what category a council sits within.

The Central Highlands Regional Council is in category three, alongside councils such as Isaac, Cassowary Coast and Noosa.

The Tribunal takes into consideration a number of factors when considering pay increases for councillors including increases in the Consumer Price Index, increases in the Wage Price Index, the increase in remuneration levels for Members of the Legislative Assembly, anecdotal reports of continuing financial pressures being experienced by many local governments, and the conservative approach to the setting of remuneration levels previously adopted by the Tribunal.

Mayor Kerry Hayes said that representation of a region the size of a small nation was a considerable responsibility and involved long hours of travel.

‘This is an undivided council and each and every councillor represents every resident of the Central Highlands from Bogantungan to Duaringa and from Capella to the Arcadia Valley.

‘They are on call 24 hours a day and a regularly put their hands in their own pockets to support their communities.

‘Being a councillor is a big commitment that puts personal interests and private businesses into a lower priority, which is a big sacrifice.

‘In my view, given the significant factors peculiar to our region, this rise in councillor remuneration is reasonable,’ the mayor concluded.

Councillors made the decision on 24 January at their first general meeting for 2017.