The People’s Cup races into the Central Highlands 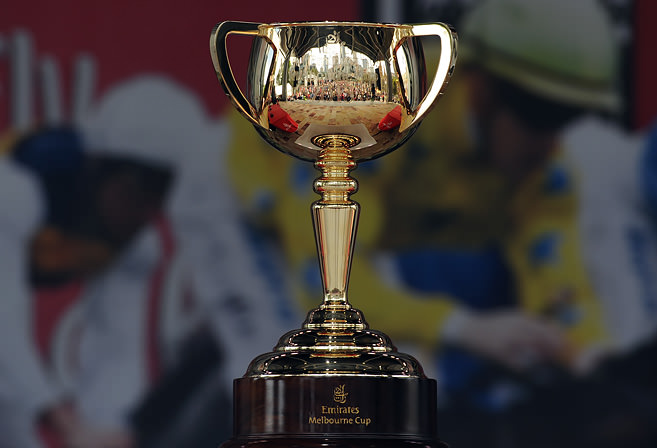 The Central Highlands will host the $200,000 18-carat gold Emirates Melbourne Cup from Friday 15 September to Saturday 16 September, as part of its milestone fifteenth annual tour of Australia and New Zealand.

While in the Central Highlands, the cup will engage in a number of exciting activities, including a visit to the Emerald Hospital, to give residents and patients the opportunity to get up close and personal with the cup and hear from ambassador and racing legend John Marshall. To finish the local leg of the tour, the cup will be the star of an event at the Springsure Cup races.

Leon Roberts, President of Emerald Jockey Club and Chairman of the Capricornia Racing Association, said they are thrilled to be part of the Emirates Melbourne Cup Tour.

‘We’re excited the famous Emirates Melbourne Cup will be visiting the Central Highlands region as part of this year’s tour,’ he said.

‘It will give our locals a once-in-a-lifetime opportunity to get up close to this piece of Australian history.’

Victoria Racing Club Chairman Amanda Elliott said the VRC is excited to bring the magic of the Emirates Melbourne Cup to the people of the Central Highlands.

‘The Melbourne Cup is an Australian cultural icon and is truly the People’s Cup, so we’re delighted to share it with the people, on this its fifteenth annual tour of Australia and New Zealand,’ Mrs Elliott said.

The famous trophy will visit 31 destinations across Australia and New Zealand, starting in West Wyalong in regional NSW, where the gold used by ABC Bullion to make the trophy is mined, before returning to Flemington for ‘the race that stops a nation’ on the first Tuesday in November.

Since its inaugural year, the tour has travelled more than 494,000 kilometres and visited more than 377 regional, rural and metropolitan destinations.

Community members are encouraged to upload photos with the Cup to Facebook, using the hashtags #PeoplesCup and #EmiratesMelbourneCup, for the chance to win a trip for two to Flemington for the running of the 2017 Emirates Melbourne Cup.

Friday 15 September, 12.00 pm: Street Parade
Cnr Egerton and Borilla Streets, Emerald
The Emirates Melbourne Cup will start its tour of Emerald with a parade down the main street
of Emerald, ending at the council forecourt with an official welcome from the Mayor.