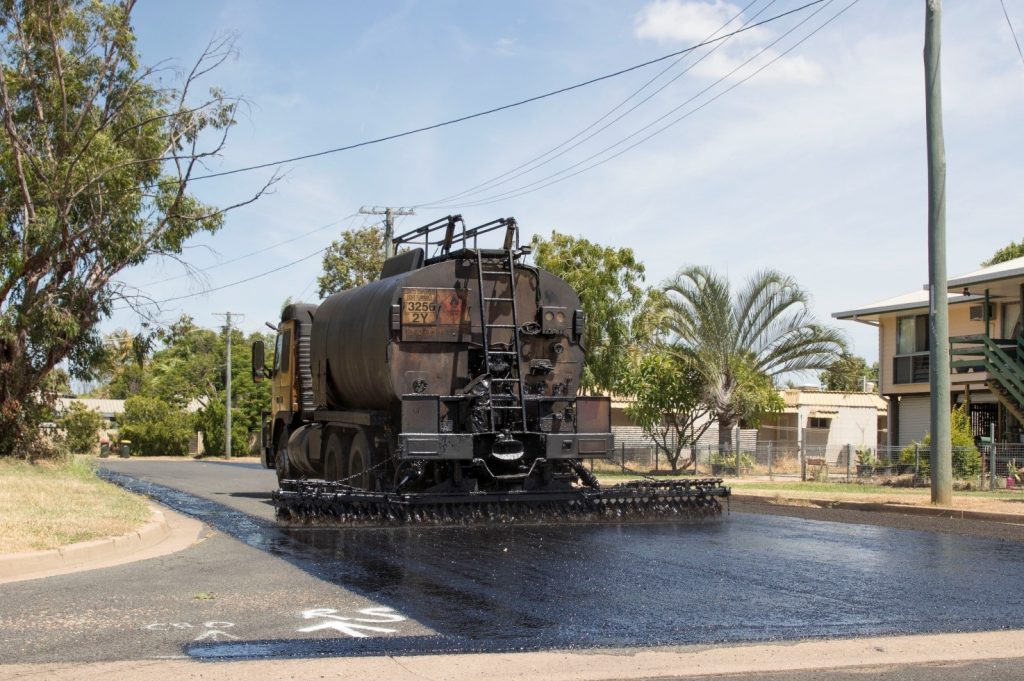 A spray truck applies bitumen sealer to the road surface.

Twenty-seven Emerald streets are getting a much needed makeover this week as part of council’s $1.1M region-wide reseal program.

Manager of Infrastructure Mr Jason Hoolihan explained that resealing involves covering the road with a new layer of bitumen and stone.

‘The process is typically quite quick; the area will be swept, sprayed, covered with stone and then rolled in. There may be short delays for motorists, with traffic control in place.

‘It’s common practice to reseal roads every 10-15 years to extend their lifespan. The process restores the waterproofing of the road and this helps prevent potholes from forming.

‘One hundred roads around the region were included in the 2017-18 reseal program with a combined surface area of 445,000 square metres.

‘Roads are earmarked for resealing when their surface shows sign of deterioration.

‘Resealing took place in Duaringa, Dingo and Blackwater before Christmas, while Springsure, Bluff and more Blackwater works are scheduled in the next few months,’ said Mr Hoolihan.