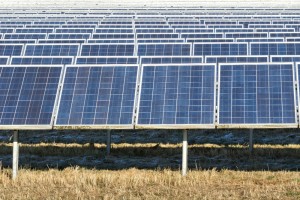 Energy Queensland, through Ergon Energy Retail, has entered a 12-year agreement with the Lilyvale Solar Farm near Tieri.

Energy Minister Mark Bailey, who made the announcement while visiting Emerald this week, said the Power Purchase Agreement with Lilyvale Solar Farm secured an additional 100MW of renewable energy for regional Queenslanders.

The Lilyvale Solar Farm is being established by Fotowatio Renewable Ventures Services Australia is approximately 50 kilometres north-east of Emerald, near Tieri.

‘This project will create around 200 jobs during construction, which will begin later this year and will power approximately 45,000 homes,’ Mr Bailey said.

‘Back in late 2015, the council approved this development, which was a first of its kind in the region.

‘The solar farm covers an area of approximately 400 hectares and was selected on the basis of its very high levels of solar irradiation and because it adjoins the Lilyvale substation, therefore maximising cost effective transportation of the electricity it will generate.

‘The economic life of the solar panels and the facility is 30 years, after which time the facility will either be refurbished or decommissioned.

‘The proposed solar farm is a clean, renewable energy initiative that will positively contribute to the local economy with services and support required for the construction phase of the project.

‘What is really satisfying is that this council has created an assessment process that reduces red tape, offers one of the lowest assessment fees in Queensland, provides exceptional customer service and requires no infrastructure charges—all of which adds up to companies seeking to come here for their business,’ the mayor said.

There is currently two other solar farm proposal applications with council for assessment.