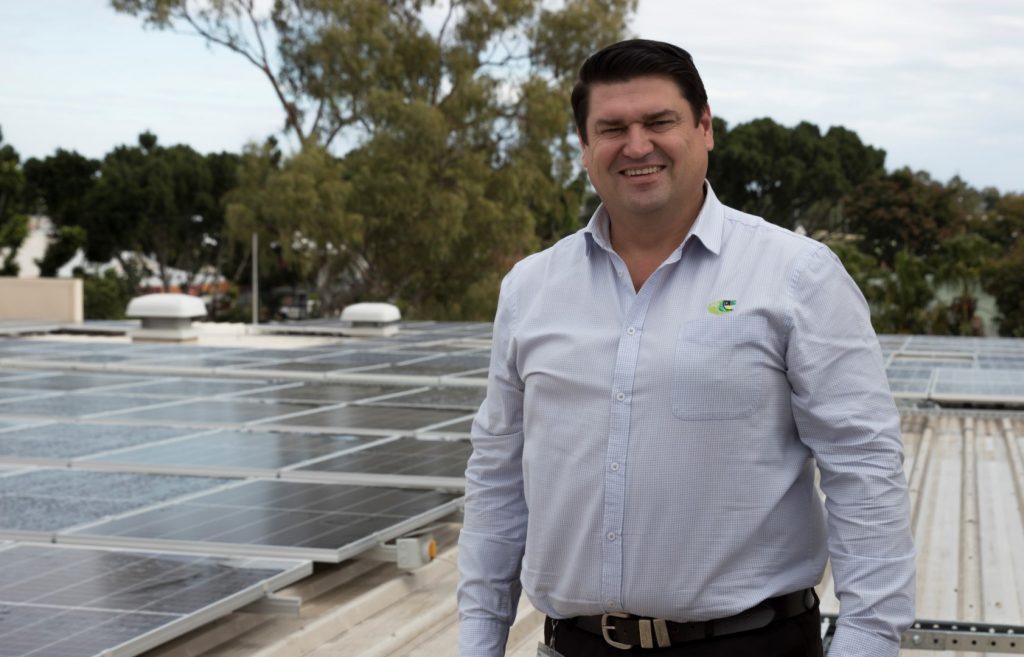 A new 170 kilowatt solar power system has been installed at the Central Highlands Regional Council’s Emerald office. In addition to being environmentally friendly, the system will cut $2 million from office electricity costs by 2040.
Chief Executive Officer Scott Mason said the $296,000 system would pay for itself within four years.

‘The move is a smart one because of the ever-rising cost of electricity, which has nearly doubled in the last decade.

‘We’ll be able to generate half of the energy needed to power the office each day, in addition to exporting 10 per cent back to the grid.’

Mr Mason said 2016 Census data indicated only 20 per cent of the 10,000 houses in the Central Highlands were solar powered.

‘I’m encouraging businesses and residents to investigate whether they too can save money and play their part in protecting our environment.

‘Solar panels produce more energy when the sun is shining and we get plenty of that here in the Highlands,’ finished Mr Mason.