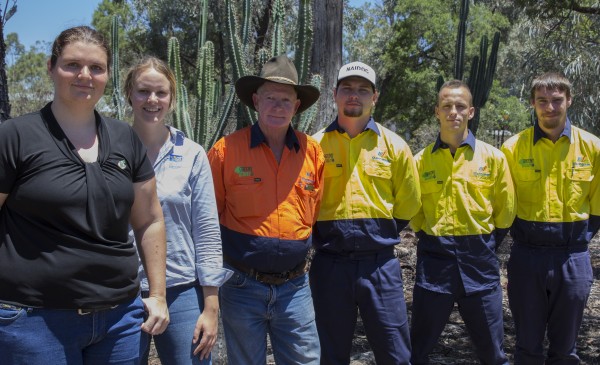 A control program aimed at making ‘cactus’ the destructive Willows cactus has reached its final stages, but the fight to eradicate the locally declared pest will continue.

Willows locals were brought up to speed on control measures at a joint field day last week, hosted by the Central Highlands Regional Council, Biosecurity Queensland and CHRRUP.

‘Residents were updated on the Willows cactus control programs council have been undertaking with the assistance of the Australian Government’s Green Army program,’ Acting Coordinator Ranger Services Jaime-Lee Chalmers said.

‘Trained Green Army team members from Landcare and Manpower Group have been basal bark spraying the plants on public land since August. They are expected to finish up on 9 December 2016, but we are already looking at other funding opportunities that may be available through CHRRUP to target private properties.’

Attendees at the field day were also taken on a guided tour of the scientific trial sites where Biosecurity Queensland have been testing different herbicide control methods for the Willows cactus.

‘Through these trials, Biosecurity Queensland are gathering extremely valuable data about the plant, what chemicals it is susceptible to and the most effective methods for application.’ 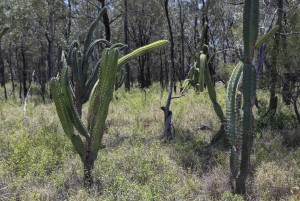 Preliminary findings of the study are expected to be released in April next year, with information to be distributed to assist landholders and others to identify and control the pest.

CHRRUP Executive Officer Claire Rodgers said CHRRUP appreciates the collaborative effort of all parties in trying to eradicate this pest from the area.

‘In this case, we have combined research, council planning and on-ground works to make the best use of resources,’ she said.

‘Affected landholders are now able to apply for grants to assist them in tackling the problem on private land. For more information please contact our office on 4982 2996.’

‘We’re all working together to tackle the Willows cactus problem, but we need the community to play their part as well,’ Ms Chalmers said. 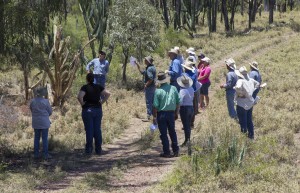 ‘The community needs to be very aware of their responsibility to control Willows cactus on their own land and other declared pests.

‘If you’re not sure if something is a pest, bring a sample into council. Just make sure it’s contained when you do, and we can certainly help you identify it and advise you how to control it.

‘While a lot of people think the Willows cactus is a very nice decorative plant, it definitely is not. It has the potential to spread very rapidly and form dense infestations that reduce the productivity of pastures, interfere with stock management and threaten the habitats of our native plants and animals.’