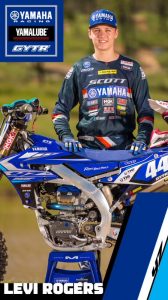 Council’s youth development team is expanding its local youth advisory groups, Youthinc, across the region. The group began in Blackwater in 2011 and has since seen 200 young people get involved.

As part of the expansion, council will be profiling some of the past and current members to see what they are up to and to celebrate young people in the Central Highlands.

We are kicking off our Youthinc profiles with a young man from Blackwater – Levi Rogers.

Levi (who turns 18 TODAY – Happy Birthday Levi) was part of the Youthinc group in 2014 and 2015 but stepped back to focus on his sporting endeavours.

In 2014, at the age of 11, Levi began his sporting journey by signing on with the Yamaha Junior Racing Program in Motocross. 7 years later he’s still at it!

This year Levi will embark on a new journey on the Motocross and Super-cross circuits to build his profile on the national stage.

As a 11-year-old boy in Blackwater, while others enjoyed their free time playing PlayStation or kicking a footy, Levi needed to meet the demands of being a sponsored rider. This included 1 hour of fitness training most days and ongoing track practice to ensure he kept up with his peers on the track. The bikes they rode were constantly improving in performance and so were the riders. However, this didn’t stop Levi hunting down his place on the podium at tracks across Queensland. 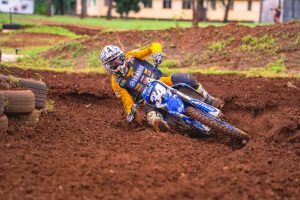 Since then the demands of his sport have only increased both physically and mentally. By the end of 2020 Levi was required to do 2-hour pushbike rides as well as 45-minute jogs most days. Levi also had to be self-motivated as he was a long way away from the base of his team in Brisbane. This meant he had to forge his own way through a training program others would trade for air-conditioning. But as determined as he is, Levi believes that training in the Central Queensland heat only supports his bodies need to perform under extreme conditions.

With no “plan B” Levi is fully committed to his sport. Going all in has given him drive and determination to go as far as he can. He hopes that his hard work will soon lead him to follow other young Australian greats, including the likes of his mate Jett Lawrence, on the International Motocross scene in America or Europe.

This year he will participate in 8 National Motocross events and 5 National Supercross events. The gates will drop on his first event in Wonthaggi, Victoria on April 11. 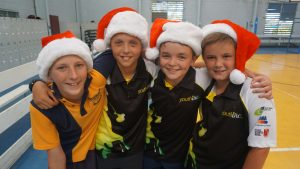 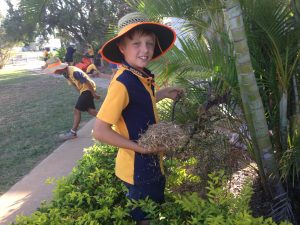 During Levi’s time in Youthinc he was passionate and a quiet achiever, always smiling with a heart for his community. Youthinc was lucky to have a young man like him involved.

Levi continues to be the same exceptionally kind and courageous young man who will hopefully make his way up the national and international ranks of professional motocross.

Levi, we wish you all the best in your future and thank you for your time and service to Youthinc.

Youthinc is Central Highlands Regional Councils main local youth advisory group. The group works directly with the Youth Development Officer and other key stakeholders to help identify youth priorities within a community. Priorities may include unmet local needs of youth, the development and delivery of local events or representation at broader regional initiatives.

The group is aimed for ages 10 to 25 with a target of High School aged students. There is no joining fee and council seeks to ensure that the ongoing costs of participation is minimised where possible.

Council partners with a number of youth-based services in the region in the delivery of the group and its events, so participants are exposed to a broad range of regional service providers.

Each Youthinc group is formed differently so make sure you have taken the time to read the information on this page.

If you would like to know more about the group call council on 1300 242 686 and talk to one of the Youth Development officers or email your questions to youth@chrc.qld.gov.au.

Youthinc began in Blackwater in February 2013. The group worked on a number of initiatives that year, but most importantly worked towards 2013 National Youth Week and the delivery of the Blackwater Youth Week concert featuring local and national talent.

In the Central Highlands Youth Strategy 2018 – 2023 Youthinc groups were identified as a resource to grow across our region so youth in more communities can work alongside councils Youth Development team on local initiatives.

To date, members of the Youthinc group have provided feedback, advice and direct planning in over 400 youth activities and event with a combined participation of over 40,000 people.

The Youthinc groups are predominantly council funded and managed. Community organisations and businesses also partner with council to meet the groups goals and help provide supervision and support for participants.

All Youthinc members are representatives of council (and partnering organisations) and should conduct themselves as a positive influence for others both within their school and the broader community.

It is an expectation that all participants remember to act in a fair and equitable manner when working with community members and each other.

Each Youthinc group structures their meetings to suit its members and community, so make sure to check the tabs below for details on the group you wish to join.

When joining Youthinc council wants to ensure everyone get the most out of their involvement. Participants will have access to a broad range of development opportunities including leadership development camps, project management and planning, skills development and, managing budgets and priorities.

Participants and their parents are kept in regular contact with councils youth development officer through the communication of upcoming events and initiatives. Information is also listed for each group in the tabs at the bottom of this page.

The Youth Officer will also run a broad number of team building activities during meeting days. Participants will also have the opportunity to travel with the youth officer to other towns within the region to deliver and assist in other local events.

Blackwater: Aimed at youth aged between 10 and 17. Meets weekly on Wednesday 3 pm to 5:30 pm at the Blackwater Pool Meeting Room or Blackwater Police Citizen Youth Club. Currently at capacity.

Emerald: Aimed at youth aged 18 to 25. Meets weekly on Monday 6:30 pm to 8:30 pm at the Emerald Police Citizen Youth Club. Open for applications.

Springsure: Aimed at youth grades 6 to 12. Meets weekly on Wednesday 3 pm to 5 pm at the Bauhinia Memorial Hall. Open for applications.

Capella: Aimed at youth grades 6 to 12. Meet fortnightly on Thursday 5 pm to 7 pm at the Peak Downs Community Hall. Open for applications.

We are also starting the development of two other groups in the region as well as a regional Youth Advisory group. More details will be shared here over the coming months.

Hard copy applications to the groups are available at the following locations:

You can also download and print a copy at home by clicking here.

Once completed please return to the council or transaction office in the location you are applying for. Please ensure you have filled in your medical details accurately as well as having read and signed the back page.

Youthinc group members can access information relating to their group in the tabs below. These sites are password protected so ensure you have a valid password from the Youth Development Officer responsible for your group.

Click here to see information for the Blackwater team.

Click here to see information for the Emerald team.