The Bauhinia Bicentennial Art Gallery and Library located at 27 Eclipse Street in Springsure was built in 1988 by the former Bauhinia Shire Council.

The art gallery sits within a multi-purpose space incorporating the public library and local heritage collection. The gallery provides an attractive and well-designed venue for local and touring exhibitions.

The Central Highlands Regional Council Annual Art Awards – Springsure is the gallery’s premier art event. This award attracts on local regional artists and is held in March each year. 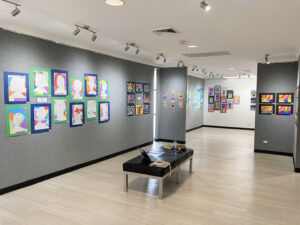 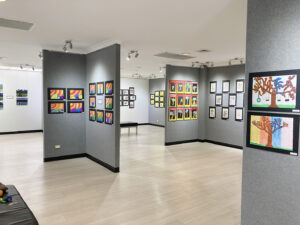 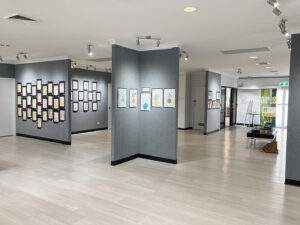 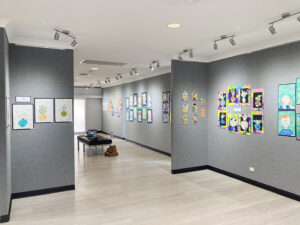 Lou Petho – On the Road

“On the Road” is a photographic travel story of two parts from the perspective of local photographer and documentary filmmaker, Lou Petho.

Part one explores the roads linking Australian towns as characters of their own; from the quirky, whimsical and overlooked, to the vastness and at time tragedy that is met on these roads. The images were taken with medium film cameras (a format killed off by digital), while Lou spent weeks on the road travelling between film jobs around all Australian bar Tasmania during 2022.

Part two covers an 8 year period (2003-2011) while working and living between France, Thailand and Australia. The images were taken with long exposures while follows motion, giving familiar landscapes and scenes an abstract fluid motion that reflects Lou’s whirlwind existence at the time. Using a digital camera allowed for instant viewing and more experimentation, without the constraint of film’s cost and processing time.

About the Artist – Lou Petho

I’m a cinematographer, documentary filmmaker, and photographer with over 30 years of experience. Starting as a cameraman with the ABC in the early 1980s, I then moved on to filming and directing documentaries from the early 1990s. To date, I’ve made over two dozen films ranging from adventure, wildlife, science, and cultural events.

First shown on the ABC and SBS, most of my work is now for European and international audiences. Much of my subjects revolve around people working with wildlife; telling the stories of people who work tirelessly to protect wildlife but get little recognition.

I trained as a photographer before moving into film and video, recently gravitating back to my ‘first love’ these past few years. Though I shoot digital photography for convenience, my focus is on using film format, utilising a range of cameras from 35mm to medium format, as well as large format.

My first solo exhibition was ‘Tel pere, tel fils’ (Like father, like son) at Alliance Francais in Sydney; it compared similar photographs that my father took of Paris in the late 1950s and 60s, with ones I took in the early 2000s. ‘One the road’ is a current project, exploring the character of Australia’s roads and experimenting with motion during international shoots.

Aside from production work, I’ve given talks and workshops on documentaries; workshops at DocFrest in Sheffield UK, as well in Uzbekistan via the Organization for Security and Co-operation in Europe (OSCE) and UNESCO.

Come along and see the entries for the 2023 CHRC Annual Art Awards in Springsure. The Awards cover seven categories including easel-based artworks, works on paper, 3-dimensional artworks, photography, black and white, two youth categories for our up-and-coming young artists.

Prizes are awarded for first and second winners in each category, and the major prize is an acquisitive award, with the winning artwork entering the Council art collection.

Join us for the Exhibition Opening and Awards Presentation being held on Friday 3 March 2023 at 6.00 pm at the Springsure Art Gallery.

The Bauhinia Bicentennial Art Gallery – Springsure Art Awards are held annually in March. Established and emerging local artists of all ages can submit entries in up to seven categories, with prize money ranging up to $2,000 for council’s Acquisitive Award.

For information on exhibiting with the BBAG or the Emerald Art Gallery contact us on 1300 242 686 or email chgalleries@chrc.qld.gov.au.

Category 5: Black and White (Any medium) - Second: "Caught out in you underwear" Loretta Horn

Category 5: Black and White (Any medium) - Highly Commended "The breath on our necks" Loretta Horn